Liberty Bell Independence Hall And now . . . pic.twitter.com/nLnivBW7dh— US Rep Brendan Boyle (@RepBrendanBoyle) November 12, 2020–“While it’ll be nice to see the Secret Service drag Trump out of office, the president is leaving behind a wave of white resentment and disinformation. Plus, out of spite, Trump is probably going to upperdeck all the toilets in the West Wing.”—Samantha Bee- Advertisement – Late Night Snark: We have A Winner EditionThe late-night hosts deserve kudos for stepping up their game as truthtellers and mockers of Trump and his evil band of incompetent control freaks. This week they were as relieved as the rest of us…“Ladies and gentlemen, Joe Biden did it! Finally, after four years, Americans can exhale—unless you’re near other people, then please don’t because of the pandemic. … [It’s] never a good sign when a majority of Americans react to you losing your job the way they did to us getting Bin Laden. It feels like America is—what’s the word?—great again.”—Stephen Colbert“I know it’s hard to believe, but after all this time it seems like reality has finally caught up with Donald Trump. … I bet as we speak he’s ripping out the copper wiring from the White House walls.”—Trevor Noah- Advertisement – Continued…“You can tell things are already getting back to normal. This morning on my way to work I saw two New Yorkers giving each other the finger and it had nothing to do with politics. Isn’t that great?”—Jimmy Fallon“Even Mother Nature got in on the fun. After the announcement there was actually a double rainbow over L.A. The Trump campaign is already trying to overturn at least one of those rainbows in court.”—James Corden“So NOW Trump wants to quarantine in the White House.”—Conan O’Brien These babies 👶😂 pic.twitter.com/KVYenDG0Cy— CCTV_IDIOTS (@cctv_idiots) November 13, 2020–END BRIEF SANITY BREAK–CHEERS to Mary Had A Little Lamb.  Back in the day, you could play that tune with the buttons on your touch-tone phone, which was invented on this date in 1963. It was almost as awesome as being able to spell out BOOBIES with your calculator by punching in 5318008 and turning it upside down.  Man, we were wild back then.  You kids have no idea.CHEERS to home vegetation. There’s one single leaf still hangin’ on for dear life in the backyard, and I refuse to start raking until it drops.  So until then, it’s weekend boob-tubage.

Final round preview of this weekend’s Masters Tournament.As always, MSNBC is the place to go for details of any Friday night news dumps. There’s an interesting-looking episode of Undercover Boss tonight (9pm, CBS), in which Shreveport, Louisiana Mayor Adrian Perkins goes incognito and gets training from city officials in various departments.   The most popular home videos, new and old, are all reviewed here at Rotten Tomatoes. The NFL schedule is here. And if you thought you saw news about the Masters golf tournament this week, do not adjust your set—it’s going on now after being re-scheduled (coverage starts tomorrow at 1on CBS) from its usual April slot.Sunday on 60 Minutes, President Barack Obama gives his first post-election interview and, among other things, reacts to Trump’s bogus voter fraud claims.  Anchorman Kent Brockman questions his career on The Simpsons, and Peter’s arms are replaced with tiny hands on Family Guy. (If there’s not a Trump joke in it somewhere, I’m calling comedy malpractice.)  And, sadly, John Oliver takes off on a long vacation after airing the season finale of HBO’s Last Week Tonight Sunday at 11.Now here’s your Sunday morning lineup:Meet the Press: Joe Biden’s—‘scuse me—President-elect Joe Biden’s chief of staff Ron Klain; Michael Osterholm of Biden’s Covid-19 task force; Gov. Asa Hutchison (R-AR). 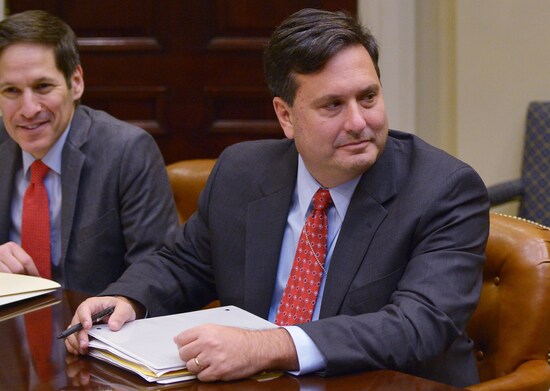 Happy #20 blogiversary, Josh & crew!You can re-live the birth of this progressive supernova in his early posts during the Florida 2000 recount, although it might cause your blood pressure to spike, especially given how Republicans are still trying to steal elections.  Josh provided the blueprint for how to do political blogging. His now-supersized crew and expanded site continue providing no-frills original reporting with just enough analysis and snark to help us make sense of politics, and nothing the righty blogs offer comes close to TPM’s objectivity, accuracy and speed. During election seasons TPM is a daily must-click destination, and it’s been great seeing the site buck the “blogging is just a fad” naysayers for 20 trips around the sun.  Of course, they’re no Great Orange Satan…but then again, no one’s perfect.Have a great weekend. Floor’s open…What are you cheering and jeering about today?– –Cheers and Jeers for Friday, November 13, 2020Note: Today is Friday the 13th.  If you suddenly get the sense this evening that your life is in danger, just press the cloaking device on the latest version of the Apple Watch, which will be available for download next Wednesday. —Mgt.–By the Numbers: 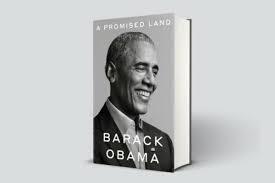 4 days!!!Days ’til Volume 1 of Barack Obama’s memoir A Promised Land comes out: 4Percent, so far, of eligible voting-age Americans who cast a ballot in the 2020 elections, an increase of 0.4% over 2008: 62%Percent of Americans polled by Gallup who say they understand that the coronavirus pandemic is getting worse: 61%Minimum number of environmental protections the Trump administration worked to get rid of so the wall could be built, according to the Southern Environmental Law Center: 100Number of the 16 Medals of Freedom President Trump has awarded during his presidency that went to men: 15Amount that the one female recipient, along with her husband, donated to Trump’s 2016 and 2020 presidential campaigns with money they made off of gambling addicts: $100 millionAge of the hole-puncher as of today: 134–Puppy Pic of the Day: Coming soon to an executive mansion near you…–CHEERS to cool science. Back in April, Bob Behnken and Doug Hurley became the first astronauts since 2011 to launch their hineys into space from American soil. That flight was technically a test run. Six months later, the gravity-defiance professionals at NASA and SpaceX will send four more—Americans Shannon Walker, Victor Glover, and Mike Hopkins, along with Japan’s Soichi Noguchi—up yonder on an official NASA-certified regular trip to deliver freshly-baked cookies and good cheer to the International Space Station. Thankfully Hurricane Eta is long gone and the green light is lit, though a bit later than originally planned:A SpaceX Falcon 9 rocket and Crew Dragon capsule were slated to launch the astronauts to the International Space Station on Saturday (Nov. 14) from NASA’s Kennedy Space Center in Florida. That mission, called Crew 1, will no launch no earlier than Sunday at 7:27 p.m. EST due to unacceptable weather for rocket recovery operations, despite a 70% chance of good launch weather. 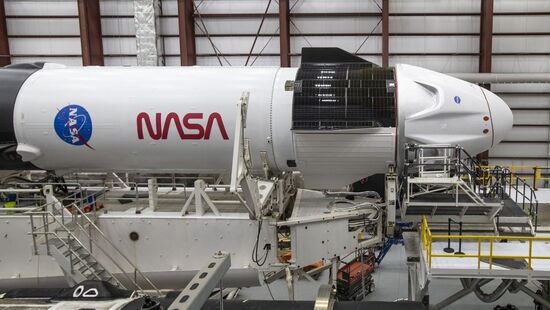 The Crew-1 Dragon capsule comes with DVD player and cup holders standard. “For the next 15 months, we will fly seven crew and cargo Dragon missions for NASA. That means that, starting with Crew-1, there will be a continuous presence of SpaceX Dragons on orbit,” Benji Reed, senior director of human spaceflight at SpaceX, said in the post-FRR news conference. “We are honored to be the nation’s launch provider for crew missions and take seriously the responsibility that NASA has entrusted to us to carry American astronauts to and from the space station.”You can check out some of the experiments they’ll be conducting during their six-month stay here. If you need me Sunday evening you’ll find me in my usual pre-launch spot: under the covers in my customized Space Shuttle bed clutching my lucky John Glenn bobblehead and holding my breath.JEERS to the nattering nabobs of Nazism. Speaking of weekend events: tomorrow a gaggle of brainwashed cultists—aka “Oath Keepers, Three Percenters, Infowars fanatics, Groypers, Proud Boys, white nationalists, neo-Nazis and the people who would simply call themselves die-hard MAGA”—are planning to camo-up and take their wacky cosplay antics to Washington D.C. for a permit-less event called “The Million MAGA March,” aka “Stop the Steal,” aka “March for Trump.”

Have fun, MAGA marchers. Don’t forget to hydrate.In their minds a million patriots will show up and change history by making Joe Biden quake in his boots so hard that he flees the country after agreeing to give Trump his second term.The reality will be slightly different: a thousand bedraggled goofballs will show up, mill around and be harmlessly obnoxious, and then go home. If you’re interested, you can watch live coverage on the Watching Paint Dry Channel.JEERS to stupid damn wars. On this date in 1982, the Vietnam Veterans Memorial—a vee shape which points at the State Department—was dedicated.  Our suggestion for the shape of the future Iraq War Memorial: a “W” on a spindle that points accusingly in the direction of wherever George W. Bush is at any given moment.–BRIEF SANITY BREAKDedicated tonight to 306-232 loser Donald Trump – “Defense Secretary Mark Esper was fired yesterday by President Trump, which is 75-million fewer people than Trump was fired by.”—Seth Meyers“Trump’s run for president began on a golden escalator and ended in an alley next to a dildo store. … Please don’t hang [Trump’s] portrait in the White House. Just smash a mango on the wall instead and put his name under it.”—Jimmy KimmelAnd now, our feature presentation…- Advertisement – – Advertisement –